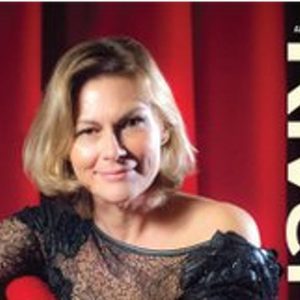 Following along the theme of Oscar Award season.  Local actress from Richmond, Rachel Fielding was interviewed by the River Tribe Magazine about what it is like to be an actress at fifty.  Rachel is on the front cover looking as glamorous as ever, wearing one of our stunning dresses from Having a Ball Dress Hire.

The film won Best Short Film for the ‘The Silent Child’ which tells a story of a deaf 4 year old girl, and Rachel played the part of the child’s mother.  The film can be seen on BBC this week on Good Friday.

Below is the dress that Rachel wore, which as you can see can be worn by a woman of any age.